Earlier this year, the Substance Abuse and Mental Health Services Administration (SAMHSA) released a new number for the National Suicide Prevention Lifeline (NSPL): 988. And with this number change came a lot of other changes, too, mostly in how often people started calling the suicide hotline.

Much More Than a Suicide Hotline

First, it’s important to know that 988 isn’t just a suicide hotline. Sure, the term may be in the name, but the NSPL was also created for anyone experiencing any sort of emotional distress or mental health or substance use crisis.

The Growing Need for Suicide Prevention

Suicide has been, and remains, one of the leading causes of death, often second only to accident and injury among certain age groups.

Ask any suicide loss survivor and he or she will sorrowfully confirm the necessity of a suicide hotline. As it turns out, 988 was announced just as we need it most. Suicide has been, and remains, one of the leading causes of death, often second only to accidents and injury among certain age groups, according to the National Institute for Mental Health (NIMH).

While suicide rates almost seemed like they were dropping in 2020, the Centers for Disease Control and Prevention (CDC) released its newest report that reveals the numbers are back up. Over the summer of 2021, suicide rates in the United States rose 4% from the previous year. And in 2020, we lost 45,979 people to suicide, or one person every 11 minutes. So even a static suicide rate would have been considered an ongoing tragedy.

Outside of suicide, the National Institute on Drug Abuse (NIDA) shares that we lost 92,000 lives to drug-involved overdoses in 2020. And the loved ones we’ve lost to suicide or overdose are only a fraction of those who have attempted suicide or gone through a mental health or substance use crisis, often alone. And no one should ever have to be alone when experiencing a crisis or living with mental health or substance use issues. This is why 988 exists for emergency situations, and treatment centers like Bournewood Health Systems are there for those deemed in need of treatment.

How the 988 Hotline Works

The 988 suicide prevention hotline is there for you when you need it, no matter who you are or what kind of crisis you are experiencing. And if you reach out to the NSPL, you can trust that you are not the only one struggling with suicidal thoughts or behaviors who could use a helping hand right now.

There is no cost to use the hotline, and aside from your phone number or IP address, you can remain anonymous. Services are offered in multiple languages, and counselors are trained in cultural competency to best help you, no matter your background or specific life experiences and concerns.

This ease of access explains why, when it comes to suicide hotline calls, rates are up after the change in number. SAMHSA reports that there has been a 45% increase in overall volume since calling the suicide hotline became easier with 988.

So we have better access to the NSPL, and we’re calling it more. The next question is, does calling the suicide hotline work? The answer is a resounding “yes!” SAMHSA shares that the suicide hotline success rate involves 98% of callers getting the support they need, and that “callers are significantly more likely to feel less depressed, less suicidal, less overwhelmed, and more hopeful after speaking to a Lifeline crisis counselor.” Callers are also getting this help faster than ever as wait times have gone down despite call volume going up. 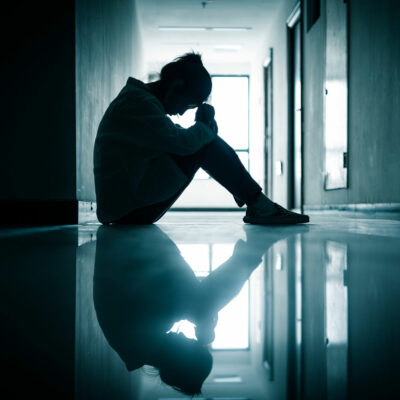 So while we are experiencing greater suicide, mental health, and substance use crises, we are also in a better position than ever to receive help. When we look at suicide hotline calls, rates can seem dispiriting. But is this increased call rate only a bad sign? Not necessarily. It also indicates that as we push hard to reduce the stigma surrounding mental health issues and increase access to care, people are more aware of their options, more aware of their mental health, and more aware of the resources available to them. It also means we are more comfortable than ever to reach out for help when we need it.

Getting Help Outside of a Crisis

Of course you don’t have to, and never should, wait for a crisis or emergency before you seek assistance. It is wonderful that 988 and other emergency resources exist. An even better step is being proactive and taking a closer look at you or your loved one’s mental health or substance use. When you are with family for special occasions, take a moment to really check in with each other, to offer compassion and empathy, and to hold out a helping hand if it’s needed.

Here at Bournewood, we’re more committed than ever to helping you, your loved one, or your patient heal. It’s for this reason we are a Zero Suicide™ healthcare facility. We feel strongly about reducing the high suicide rate, which is why we are trained and supported in suicide awareness, prevention, treatment, and aftercare. We know that every life has purpose and value, which is why we genuinely care about every person we treat. To learn more about Bournewood, contact us today.